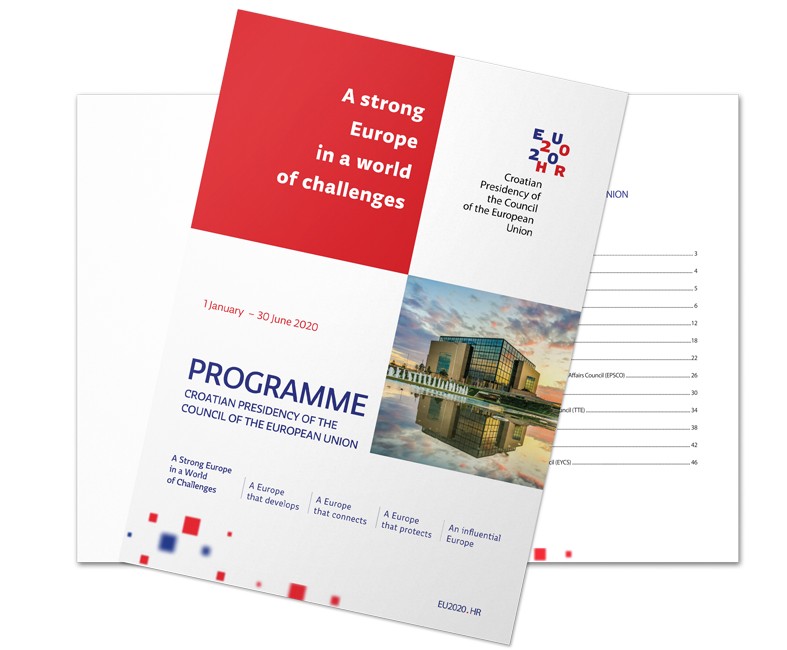 Foreword by the Prime Minister

From 1 January to 30 June 2020, Croatia will take over the Presidency of the Council of the European Union for the first time. During this six-month period, Croatia will lead the activities of the Council as an honest broker, building cooperation and agreement among Member States in a spirit of consensus and mutual respect.

Uneven economic development, climate change, increased migration, dissemination of disinformation and growing populism are some of the challenges of today’s world to which citizens are expecting answers, and with good reason. Those answers can be given only by a strong Europe. Here, our unity is our greatest strength.

In order to bring the Union and the benefits it provides even closer to its citizens, we will aim to enhance dialogue, including through the Conference on the Future of Europe.

Based on Croatian national priorities, in line with the guidelines set by the EU Strategic Agenda 2019-2024 and drawing on the Trio programme, Croatia has prepared a detailed six-month Presidency programme built around four pillars:

A Europe that develops

A Europe that connects

A Europe that protects

These four priorities are united in the motto ‘A Strong Europe in a World of Challenges’, which encapsulates the vision of a Europe acting for the benefit of its Member States and citizens.

In its work, the Croatian Presidency will also take into account the strategic documents that will be agreed between the EU institutions and the work programme of the new European Commission for 2020.

An ambitious, balanced and sustainable EU Multiannual Financial Framework for 2021-2027 is a prerequisite for achieving our goals. The Croatian Presidency will work towards achieving a comprehensive agreement in order to enable the timely implementation of all the Union’s policies and programmes, and to further build a Europe that is as strong as possible in an ever-changing and challenging world.

Programme of the Croatian Presidency of the Council of the EU