Croatia in the EU

On 1 July 2013, Croatia became the twenty-eighth member of the European Union. We have achieved what generations before us have only dreamed of.

Our journey has been over twelve years long. We formally started it in 2001 by signing the Stabilization and Association Agreement and continued by applying for membership in 2003. We were granted candidate status in 2004, and in 2005 we began negotiations that we completed in June 2011 and signed the Treaty of Accession in December the same year.

In January 2012, a second state referendum was held after the 1991 independence referendum, with 66% of citizens saying YES to Croatian membership of the European Union.

And, after twenty-seven member states ratified our treaty in their parliaments, on July 1, 2013, we became a full member, achieving our strategic goal and greatest success since the establishment of the Croatian state.

We have entered the European Union prepared as no country before us. No state before us had the benchmarks for opening and closing chapters. Our negotiations contained more chapters than any country had before. Croatia is the first country to have a special chapter - the judiciary. In doing so, we have created standards and benchmarks for countries to come in future enlargement rounds, but we have also created a basis for assessing the judicial situation of other Member States, which is a major contribution to the functioning of the European Union itself.

The youngest EU member state, a rising tourist destination with a rich cultural and natural heritage, home to many inventors and talented athletes.

Mediterranean and Central European country, Croatia is located between the Adriatic Sea and the Danubian plain. Both an old nation and a newly independent state since 1991, Croatia is a country of 4 million inhabitants. Zagreb, the capital city, is Croatia’s political, economic and cultural centre. Other major cities are Split, Rijeka, Osijek and Zadar. Croatia joined the United Nations in 1992, World Trade Organization in 2000, NATO in 2009 and the European Union in 2013. With one of the strongest and most-developed economies in Southeast Europe, Croatia has a service sector which accounts for two thirds of its GDP, while its industry contributes with another quarter. Agriculture, forestry and fishing account for the rest. 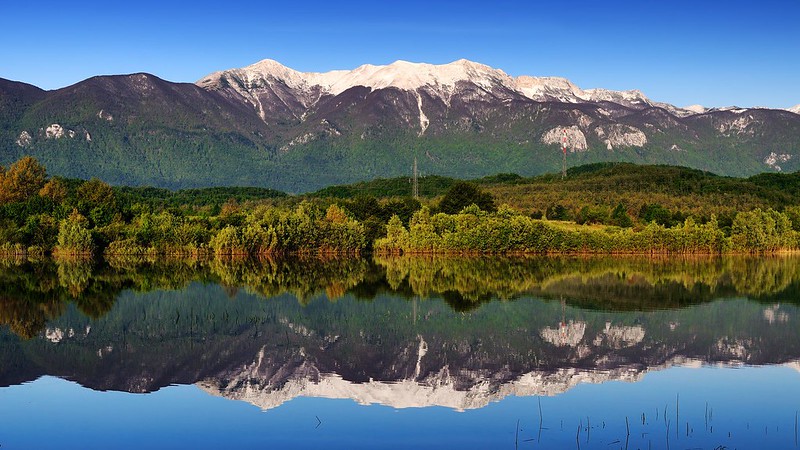 Croatia is shaped like a horseshoe, stretching from Vukovar in the northeast, past Zagreb in the west, and to Dubrovnik in the far south. It gained most of its present-day contours at the end of the 17th century. With a surface area of 56,594 km², it is 19th among the European Union countries according to size, falling between Latvia and Slovakia.

In terms of relief and climate, it is extremely diverse. The territory includes extensive plains in the continental region between the River Drava and River Sava (Slavonia), mountainous areas in the centre (Lika and Gorski Kotar), and in the west and south, a long, indented, sunny coastline with over 1200 islands (Istria and Dalmatia).

Croatia belongs to the Danube Basin and the Adriatic Sea and forms the Mediterranean front of Central Europe, positioned favourably in terms of geography and communications at the meeting point of important European corridors, while its harbours are used as sea exits by the neighbouring countries to the north.

Croatia is the third richest country in Europe in terms of natural water resources, and boasts a particularly well-preserved ecological environment, with hundreds of endemic plant and animal species. Almost 10% of the country is protected within 11 nature parks, 8 national parks and two strict nature reserves.

At the meeting-point between the West and the East, Croatia has always been part of central European and Mediterranean cultural circles. Located at a site where very different European cultural areas overlap – the Austro-Hungarian, Venetian, Slavic and Ottoman – with Roman and Byzantine legacies still very visible, Croatian culture has been enriched by these multiple influences, while maintaining a strong individual identity, symbolized by the millennium-long use of the Glagolitic alphabet. 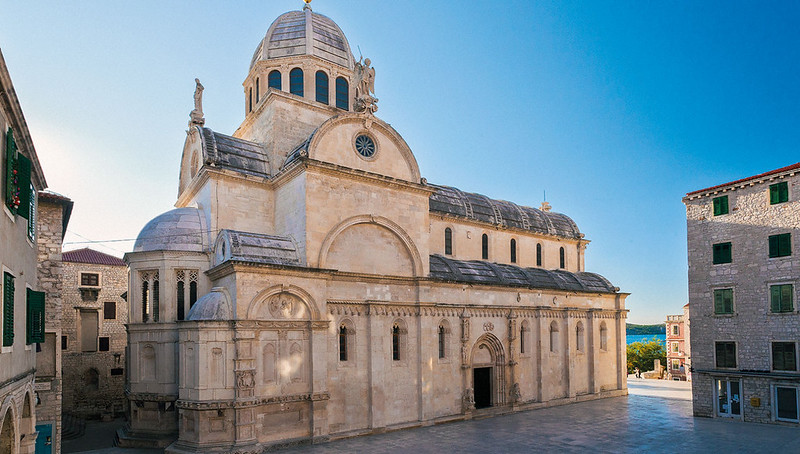 Contemporary Croatia, which gained independence in 1991, is the successor of the 9th century Croatian medieval prinicipalities established in the marches of the Carolingian Empire, followed by the Kingdom of Croatia, founded in 925 by King Tomislav.

Soon after the death of the last great Croatian king, Dmitar Zvonimir, Croatia entered into a personal union with Hungary, and in the 14th century, the throne belonged to the French Anjou dynasty.

After the Ottoman invasions in the 16th century and the loss of large tracts of land, Croatian dignitaries elected Ferdinand Habsburg as monarch in 1527, and the country remained within the Austrian Empire until 1918. The first half of this period was marked by constant wars with the Ottomans and Venetian encroachment upon greater and greater areas along the coast (Istria and Dalmatia), apart from the far south, where the independent Dubrovnik Republic developed free trade in the Mediterranean between 1358 and 1808

After the defeat of Venice and a short period in which southern Croatia was incorporated in Napoleon’s province of Illyria (1809–1813), all the Croatian lands were brought together within the Habsburg Monarchy, though they were still separate entities. They were united briefly in 1848, during the Croatian national revival.

After the First World War, Croatia became part of the Kingdom of Yugoslavia, which was transformed after 1945 into a Communist federation, in which Croatia was one of six republics until 1991. Although recognised as an independent state by the international community on 15 January 1992, Croatia was forced to defend its independence by armed struggle until 1995, when the occupied territories were liberated. 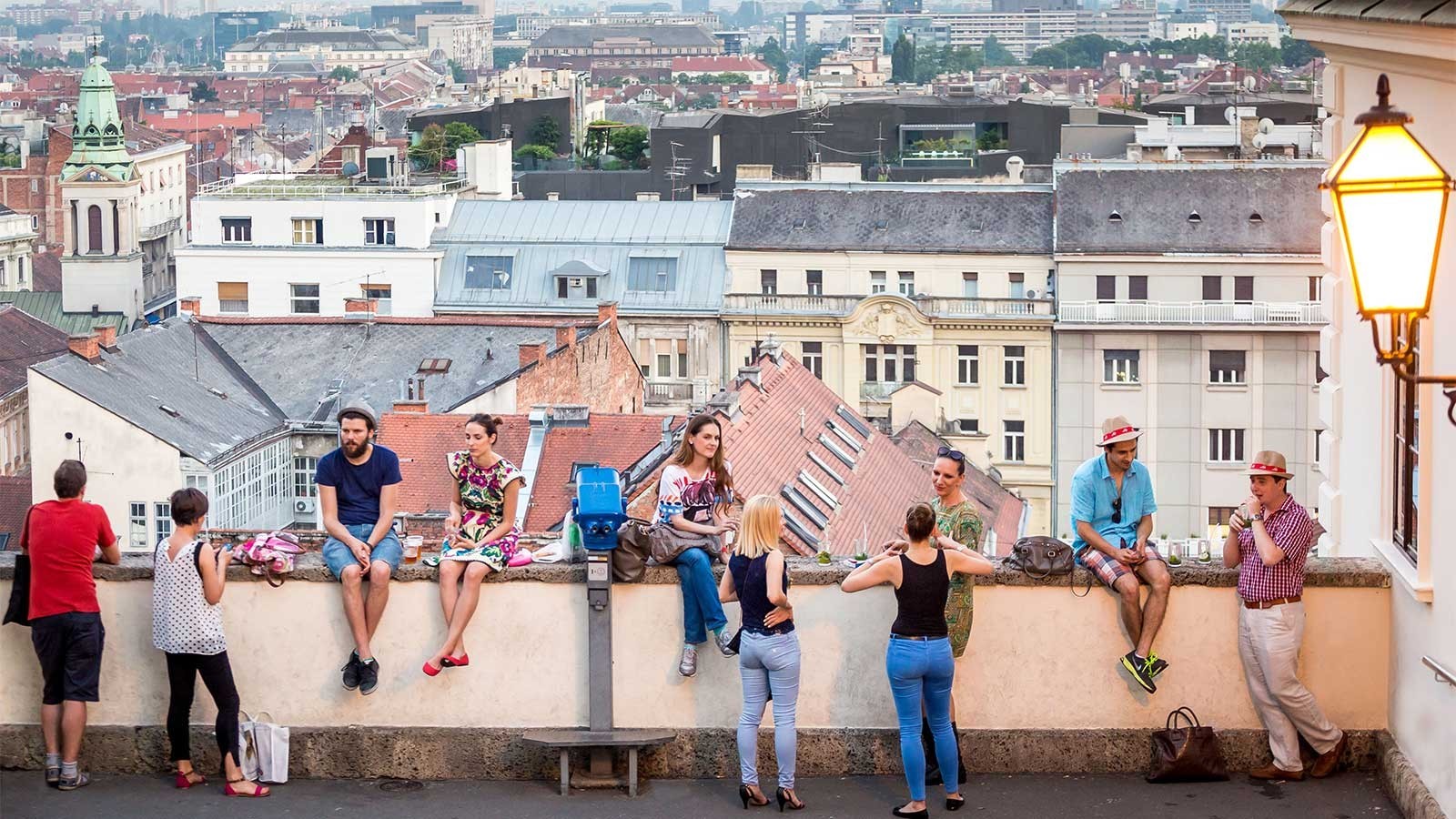 With a population of 4.3 million, Croatia ranks 21st in the European Union, between Ireland and Lithuania. About 60% of the population lives in urban centres occupying less than 15% of the territory of the country, and of these, one in four lives in the capital, Zagreb.

As life expectancy has risen, almost a quarter of the population of Croatia is over 60 years of age, while about 15% is under 15.

In terms of nationality, Croats comprise 90% of the population.

The Roman Catholic Church is the largest religious confession (86%), followed by the Orthodox (4.4%; mostly Serbs, who also form the largest national minority), Muslims (1.5%) and Protestants (0.3%). Croats also live in neighbouring countries as indigenous inhabitants, mostly in Bosnia and Herzegovina.

The Croatian diaspora worldwide, from Australia to North and South America and Western Europe, comprises over two and a half million people.

Croatia’s key service sector is tourism, which contributes with almost 20% of the GDP. In 2018, with almost 20 million visitors, the Croatian tourist industry generated 12 billion euros.

While Croatia is the 24th tourist destination worldwide, it holds the first place in Europe when it comes to the number of visitors per capita. In 2015, 2016 and 2017, the capital city of Zagreb was awarded the title of best Christmas market in Europe. In 2016, the seaside city of Zadar was voted Best European Destination, while the port city of Rijeka, has been designated the European Capital of Culture for 2020.

In addition to this, so far 17 traditions have also been included on the UNESCO List of Intangible Cultural Heritage. One Croatian tradition that has successfully been adopted worldwide is the necktie. An indispensable attribute of male attire, the tie was born in Croatia in the 17th century, tracing its origins to the scarves that Croatian cavalrymen wore during the Thirty Years’ War.

According to legend, Marco Polo, one of the world most famous explorers and travellers, was born on the Croatian island of Korčula, then part of the Venetian Republic. He was amongst the first Europeans to travel along the famous Silk Road. Today Marco Polo is considered a universal icon symbolising the development of relations between Europe and China.

Apart from the ‘Electrical genius’ Nikola Tesla to whom we owe the invention of the induction motor, the alternative current and the first hydroelectric power plant, Croatia has also been home to many other inventors and innovators, such as Ivan Blaž Lupis (torpedo), Ivan Vučetić (fingerprint identification), Franjo Hanaman (tungsten filament light bulb), Josip Belušić (speedometer), Slavoljub Penkala (mechanical pencil and pen with built-in reservoir) and Tomislav Uzelac (MP3 digital format).

Most recently, the young entrepreneur Mate Rimac has inscribed himself within this tradition by designing the Concept_Two, the fastest electrical car in the world.

Society - one of the sportiest nations 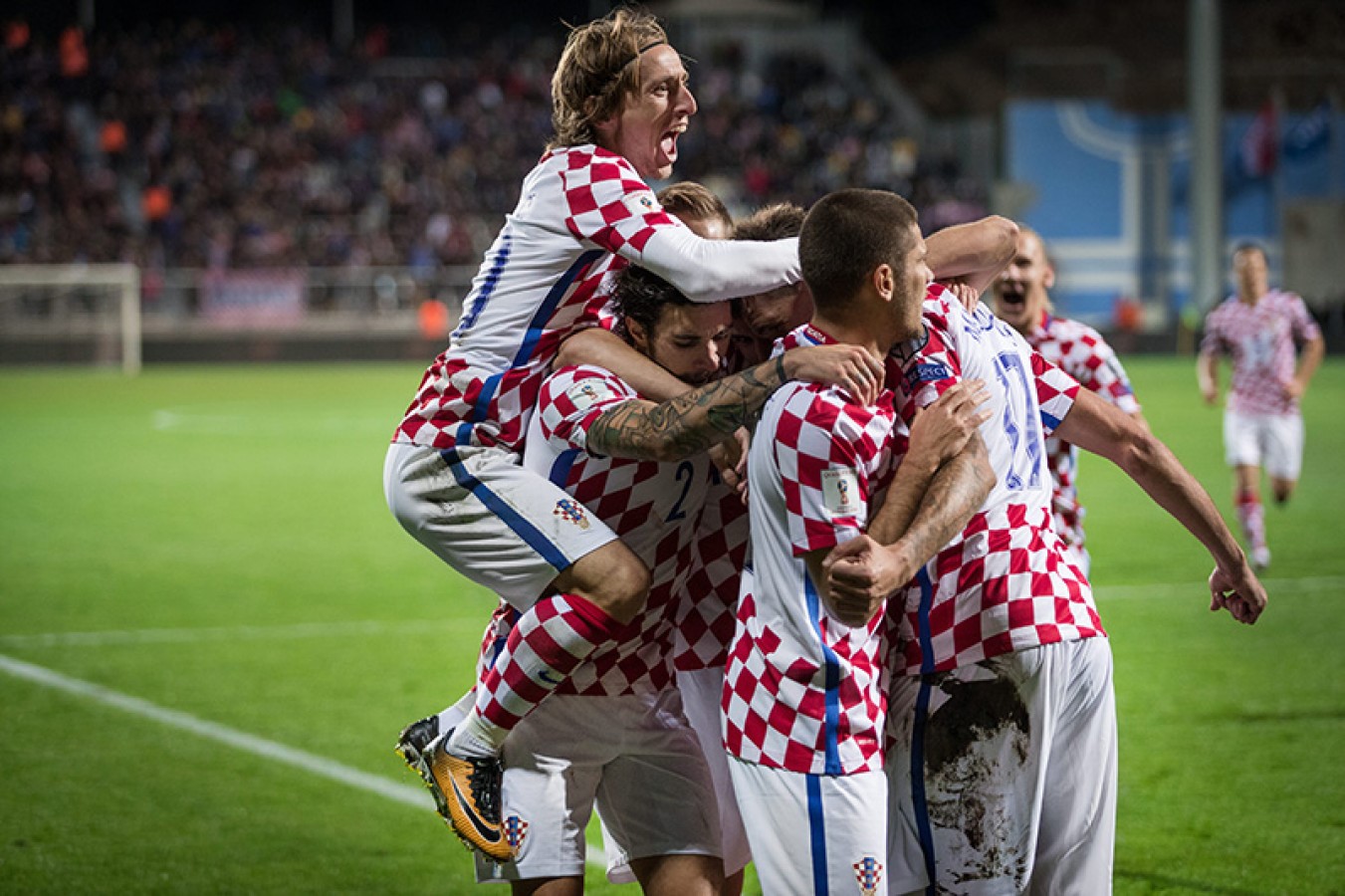 The traditional way of life in Croatia is characterised primarily by community, which is reflected in customs, crafts and folklore, and also in eating habits, with regional cuisines becoming more and more available to foreign guests as part of the tourist range of services.

The community spirit is also seen in sports and recreation – popular ways of spending leisure time. In this sense, and due to the success of top sportsmen and women, Croatia is considered to be one of the top sporting countries of Europe.

Although ranking 128th in the world in terms of size, Croatia had a high 17th place in the medals table in the last Olympic Games. It regularly punches way above its weight in sports like football, handball, basketball, water polo, athletics, skiing, rowing and sailing.

Our sportspeople have often been high profile representatives of the country; among them are the late basketball star and the Basketball Hall of Fame member Dražen Petrović, the footballer's Luka Modrić, Zvonimir Boban and Davor Šuker, the tennis player Goran Ivanišević, the skiers Janica and Ivica Kostelić, and the national waterpolo and handball teams.

More detailed information about land and people of Croatia

A chronology of the most important events in modern Croatian history:
http://croatia.org/crown/content_images/2018/Croatia_1990-2018.pdf